Lonar- the Secret Lake Made by an Extra-terrestrial Object 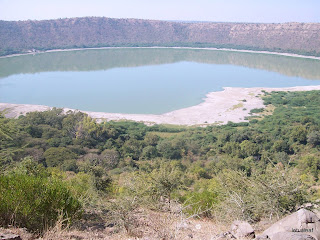 Although it is the only lake in the world made by the collision of a meteorite hitting the lava basaltic rock , nobody seems to be interested in it but scientists and naturalists. We drove to this wonderful place  when I was in Aurangabad last month, as I had always wanted to see it. The crater was made 50,000 years ago in the Pleistocene Epoch when a blazing meteor weighing  over one million tons , travelling at an incredible speed of 90,000km/hour crashed into the basaltic rock .It gouged the earth and made a depression 1.8 kilometres wide and 150 metres deep.It erupted and spewed molten rock all over its rim, which has turned into a beautiful crest. Over the years, the jungle has taken over the crest. 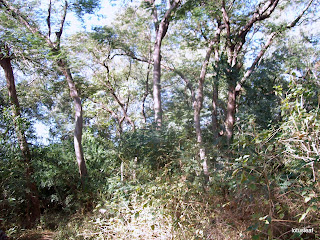 The Lonar lake supports a unique bio- diversity, not found in the flat land surrounding it. We had to walk through this jungle to reach the shores of the lake. 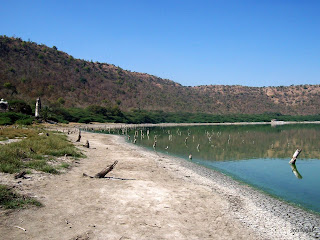 The water in the lake is both saline and alkaline. One of our friends dipped his gold wedding ring in the water of the lake and wiped it. The ring shone like it had just been polished! During drought years, the water of the lake recedes, and the jungle makes a valiant effort to claim the land. When there is a good monsoon, the waters get back their lost territory, killing the jungle trees.The micro-organisms found in the lake are quite rare. 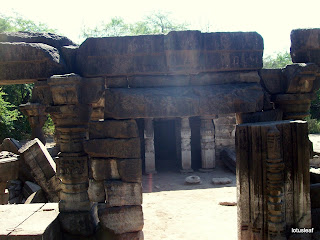 As we walked in the jungle to reach the shore of the lake, we came across many ancient broken down temples to Shiva. 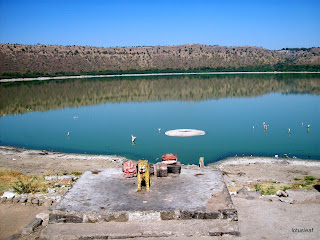 The white circle in the water is an ancient man made well. Our guide told us that the water  taken from the eastern rim of the well is sweet, but the water from the western rim is salty. The well is named "Saas-Bahoo Well", (Mother-in-law and Daughter-in-law well). 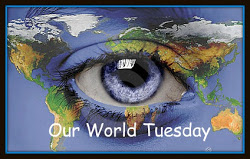 I am joining Our World Tuesday where you can read many interesting stories.
Posted by lotusleaf at 10:36 AM