Wild Flower of the Season 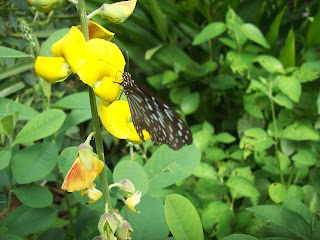 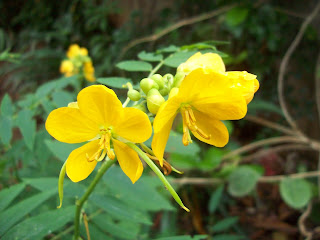 Tanner's Cassia flowers profusely. It is also a medicinal plant. 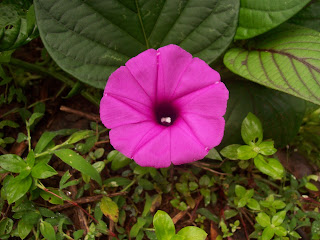 A morning glory.
It is a joy to find wild flowers in an urban situation!
Posted by lotusleaf at 11:35 AM 8 comments: 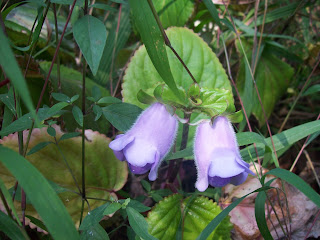 The Western Ghats were thickly forested in the beginning of the 20th century, but now there are only pockets of the dense rain forests remaining. I visited one such spot near Sirsi in Uttara Kannada district last week. A beautiful wild flower can be seen in the photo on top. 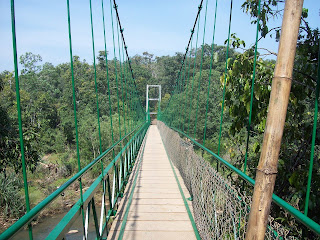 A gurgling brook called Shalmala flows in the dense forest. A hanging bridge is constructed to connect the sparsely populated villages. 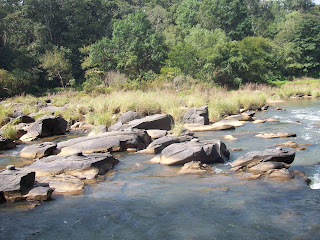 We wereastonished to see hundreds of shiva lingas carved on the rocks in the brook. According to legend, a childless chieftain of the area in ancient times was advised by a sage to do so. After getting the lingas carved, the chieftain was blessed with many children.
Posted by lotusleaf at 12:07 PM 4 comments: