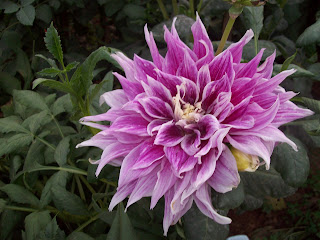 With their dinner-plate sized heads, Dahlias are real dazzlers. 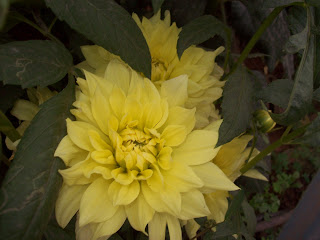 Though neither demure nor delicate, the dahlia is definitely discerned in flower shows. 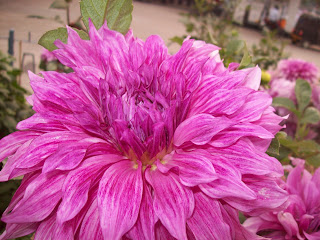 Discovered by the Europeans in Mexico in 1525,  the dahlia is named after Anders Dahl of Sweden. 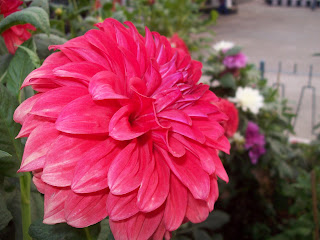 The Aztecs used dhlias to treat epilepsy. The hollow stems of the flowers were used by them as wter pipes. 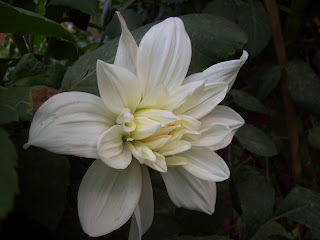 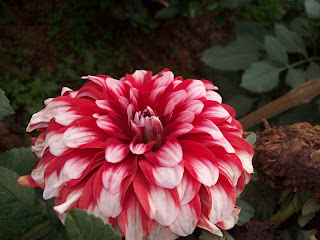 The 'Stars of the Devil' dahlia was discovered in 1873. All the modern dahlias are descendants of that one.
I thank Mrs. Nesbitt for her wonderful meme ABC Wednesday.
Posted by lotusleaf at 2:32 PM