The Common Mormon managed to escape his enemies,by  mimicking other butterflies 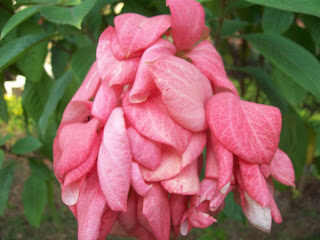 As he moved from Mussaenda to Mirabilis, he met his mate... 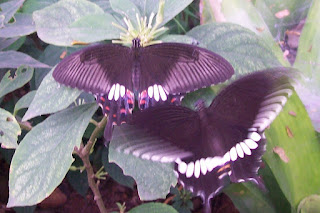 He maintained a measurable distance for many minutes before the marriage....which was consummated in the mid morning. 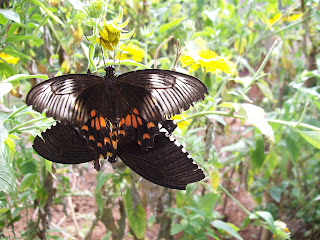 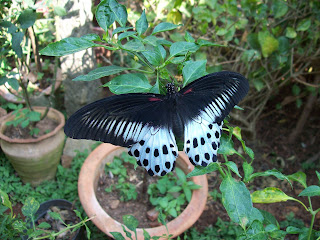 But his mate, the Blue Mormon remained moping 'midst the mud pots.

Many thanks to Mrs.Nesbitt and the magnificent Roger for ABC Wednesday.
My thanks to Michelle of Rambling Woods for her marvelous Nature Notes.
Posted by lotusleaf at 10:02 PM