L for the Lunar New Year

Last Monday was the Hindu Lunar New Year. It is a joyous ocasion when families get together and have fun and a feast. Before we start eating, we eat a mixture of Neem flower and jaggery. Neem flowers are bitter and jaggery is sweet. The mixture signifies the year ahead, which will have sweet as well as bitter moments. So, with a prayer to the Supreme Power to give us the strength to bear both the bitter and the sweet with equanimity, we start on the food.
The Hindu Lunar calender is based on the phases of the moon. Every month starts on the day after the new moon.The first day of the year is in spring. The years have names- they come in a cycle of 60years. This year is called Jaya , or Victory, which is significant because of the impending elections ! 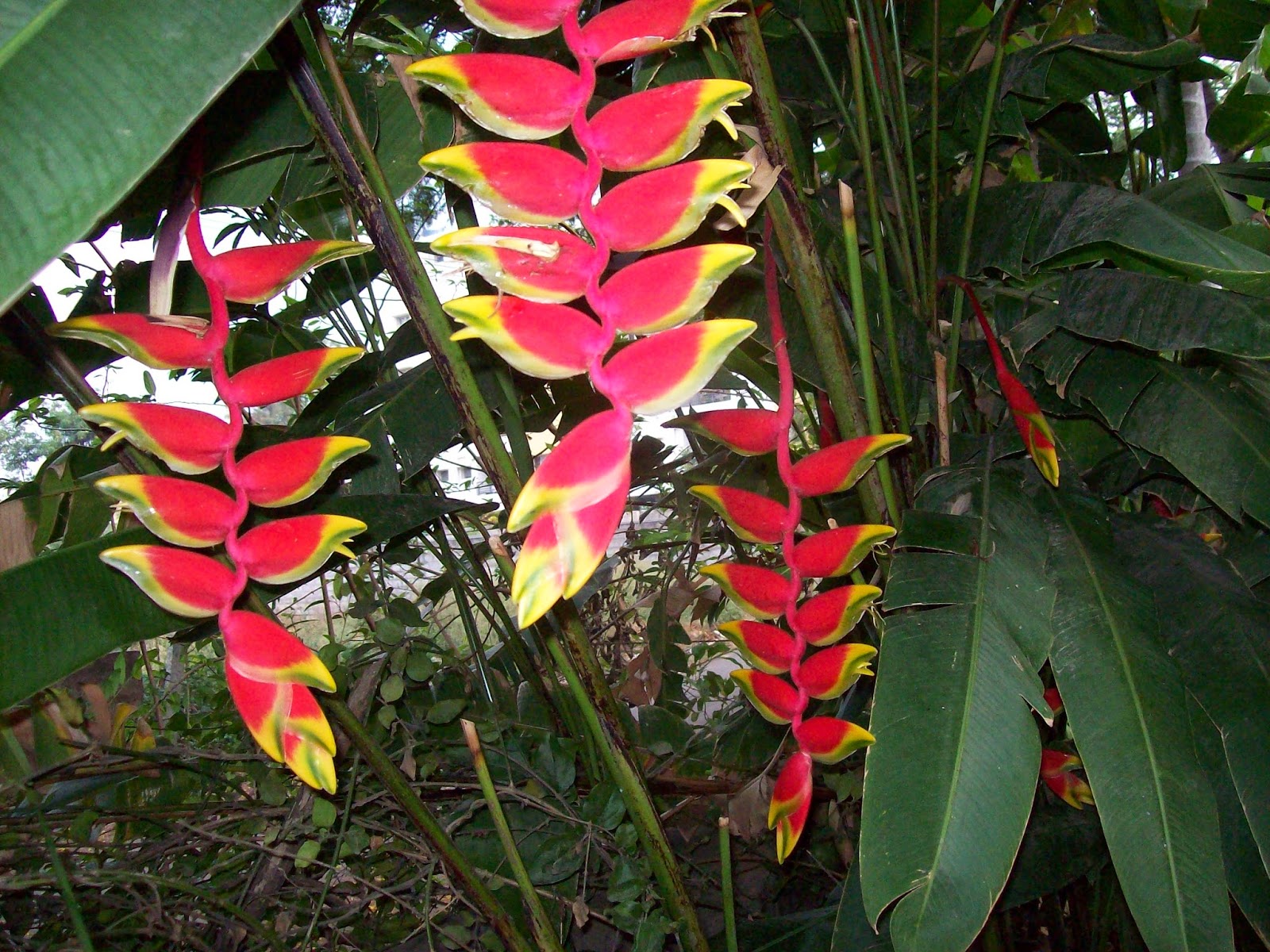 The Lobster Claw Heliconias in my garden look festive with their gaudily coloured blooms.
My thanks to the lovely Mrs.Nesbitt and the learned Roger for ABCWednesday