Wild orchids: The Foxtail and the Aerides

The Foxtail orchid was given to me by my friend Kanak Hagjer in Guwahati in 2011. 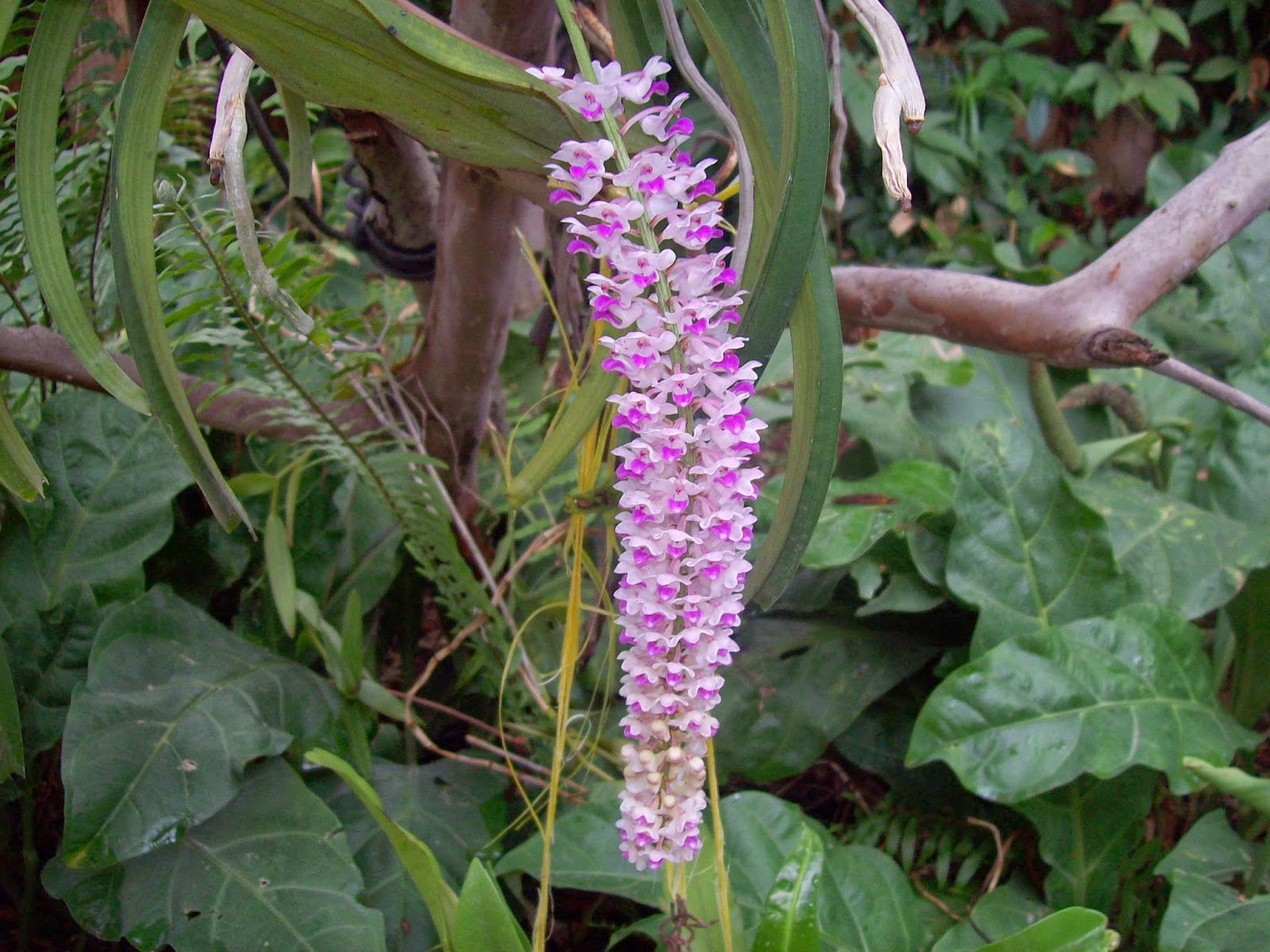 There it is known as Kapau Phool. When I saw the inflorescence a few weeks ago, I felt thrilled. It is known as Seethe Dande in Kannada, Sita is believed to have woven garlands of this wildflower during her sojourn in the forest for 14 years. 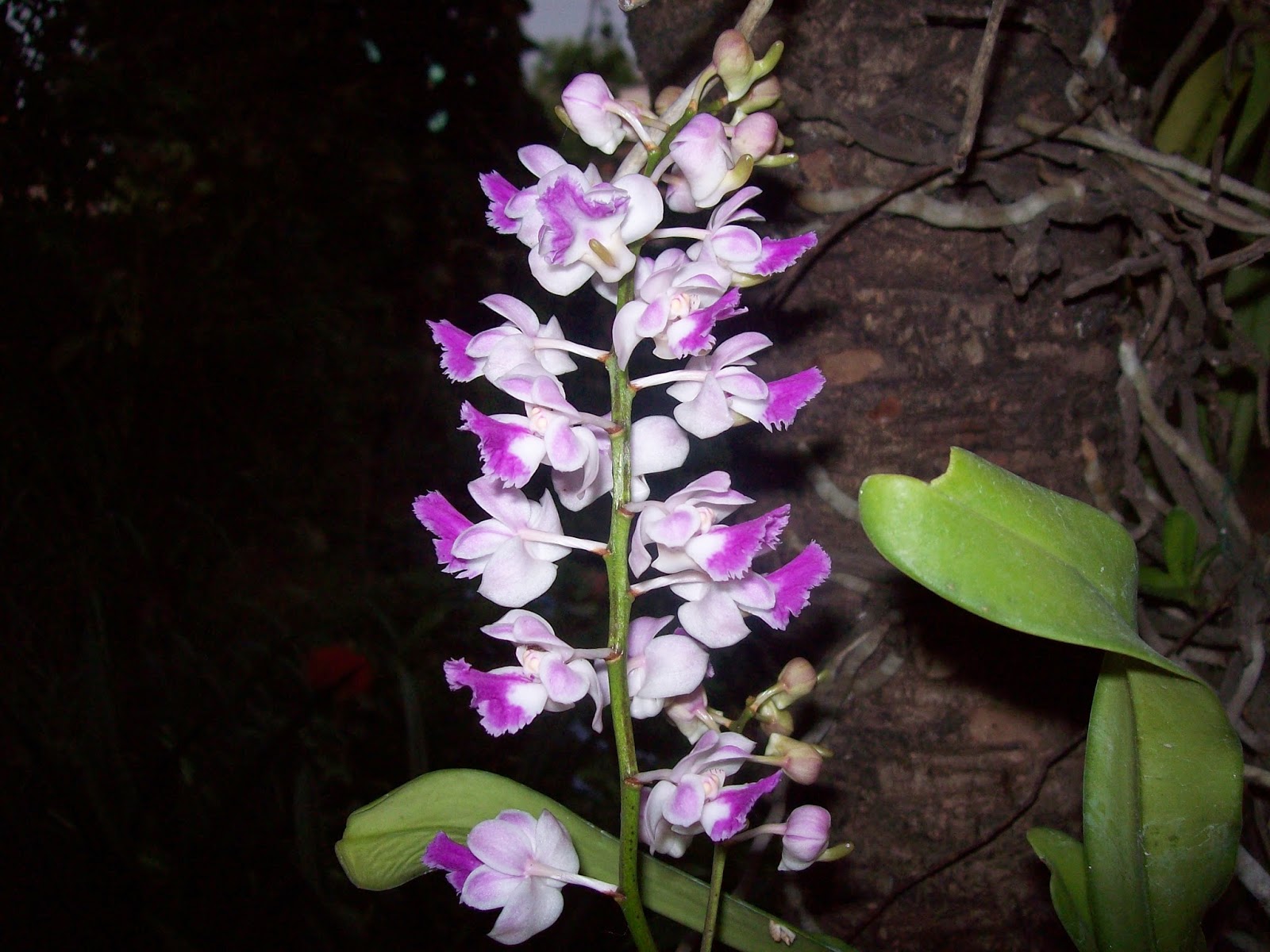 Aerides crispum is another wild orchid native to India. This is called Draupadi Dande. as Draupadi is supposed to have made garlands for her hair using these blossoms, during her sojourn in the forest. Sita had to cook for only three people, so her garland is longer than Draupadi, who had to cook for six!
Posted by lotusleaf at 8:57 AM