English Garden in the Himalayas 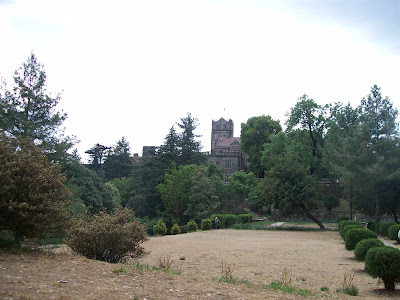 The British , who ruled India for 200 years, could not bear the summer heat of Delhi. So, during summer, the whole government would shift to Shimla, which is located in the Western Himalayas. Naturally, the Viceroy had to have a castle, and this Scottish castle came into being in 1888, complete with electric lights, running hot and cold water in all the bathrooms and an indoor tennis court! A beautiful English garden with box hedges, manicured lawns and English flowers was made around the castle. Rain water was harvested in an underground tank to water the extensive lawns and tennis courts.
Now the building houses the Institute for Advanced Study, a post doctoral research Institute. Since it is no longer the seat of power, the gardens are not given much importance. 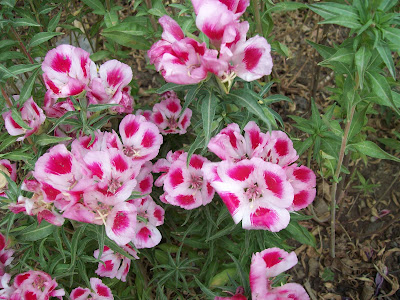 Besides such English flowers like carnations and cornflowers, there were these flowers whose name I could not find. They are not Alstromeria. 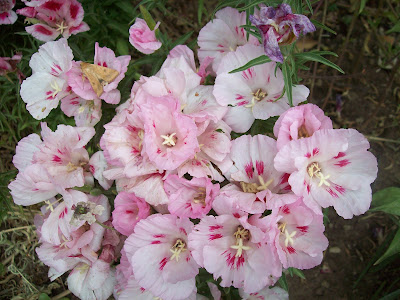 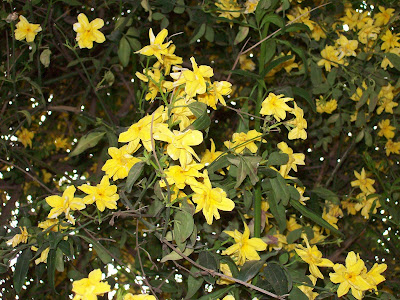 A great attraction was the profuse flowers of the 'Whistling Rose', shown above. I don't know who named it and why, but I think it was called Whistling Rose because of the hundreds of little birds in the bushes. 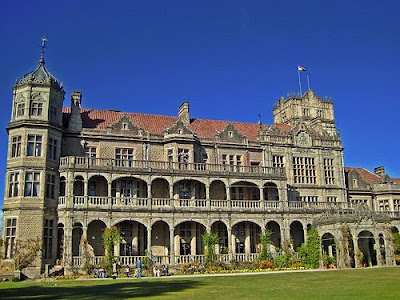 Although the Viceregal Lodge had an imposing appearance, some of the ladies who inhabited it did not like it. Lady Curzon thought its appearance ludicrous, calling it a building "a Minneapolis millionaire would delight in".

Posted by lotusleaf at 6:37 AM