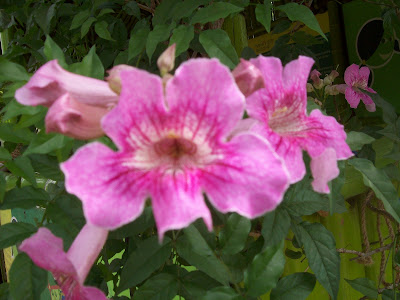 Lalbagh is an ancient botanic garden in Bangalore, started by Hyder Ali in the 17th century. It has been expanded and many plants have been added to it. Every year, there are two flower shows - one in January and the other in August. I found some of these flowers there this afternoon. The flower above is a Zimbabwe Creeper Podranea brycei. 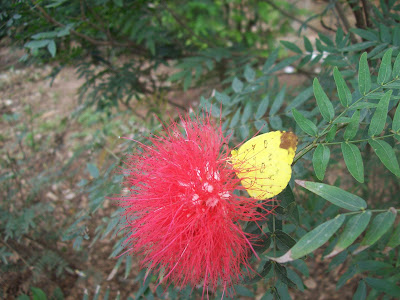 I got a bonus . At first I thought the yellow butterfly to be the part of the flower. 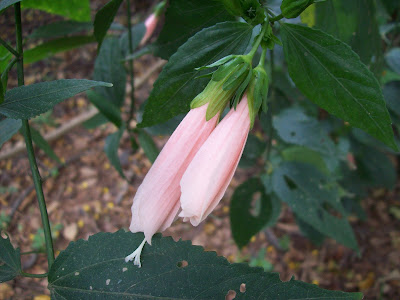 The pale pink colour of these flowers is enchanting. 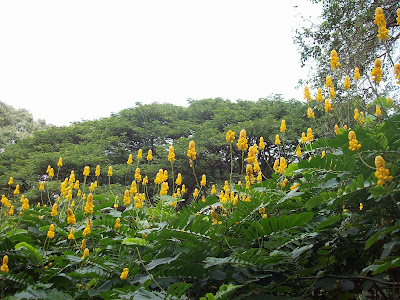 The Candle acacias have formed a clump at the base of a rock and flowering profusely. 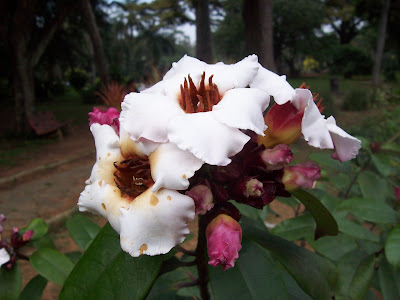 I could not find the name of these white flowers with dark throats.
Although the botanic garden is still in pretty good shape, I was rather disappointed because there are many new structures erected, and hardly any new plants planted.
My thanks to the team of Today's Flowers. You can see flowers from all over the world at http://flowersfromtoday.blogspot.com

Posted by lotusleaf at 6:59 PM