Our World- the Mystique of Mandu 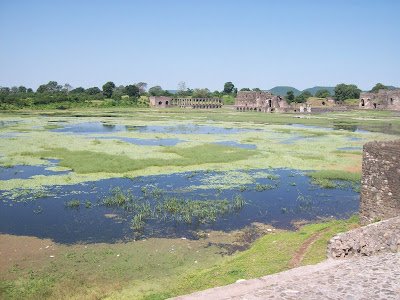 The Malwa plateau is in the heart of India, where the historic ruins of Mandu are situated. Although the ruins of ancient palaces and fortresses are replete with the stories of conquests and battles, it is the love story of the 16th century Muslim king Baz Bahadur and the beautiful Hindu girl Rupmati, which is the stuff of ballads.
King Baz Bahadur saw Rupmati dancing, and fell in love with her. Rupmati agreed to marry him on the condition that he would ensure that she would see her beloved Narmada river every day.
The pavilion below is reputed to have been built by Baz Bahadur in one night so that his beloved could gaze on the river Narmada, flowing a hundred kilometres away. 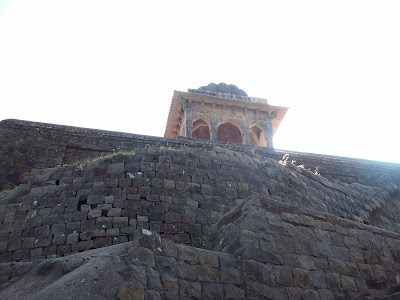 You can still see a glimmer of water of the Narmada, in the horizon on a clear day. 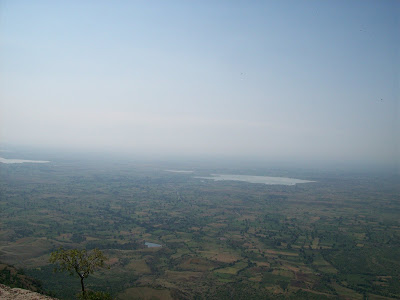 Besides being an accomplishe dancer, Rupmati was a singer too. It was here that she is believed to have sung the raga Megh Malhar , and also danced to bring rain to the region. 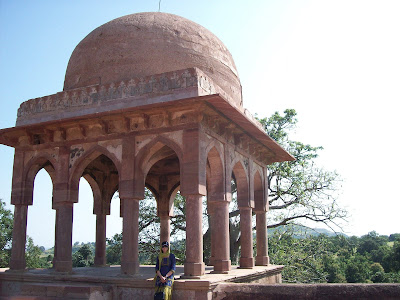 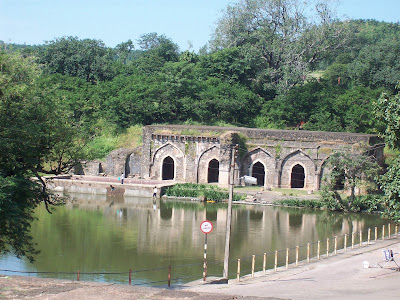 Rain water was collected in this pond for the queen's bath.
Rupmati's beauty and accomplishments were so well known that many people fell in love with her, even without seeing her. One such man was Adham Khan, a general in the army of the Mughal emperor Akbar. Adham Khan invaded Mandu and defeated Baz Bahadur. But befor he could capture Rupmati, she had committed suicide by consuming poison.
My thanks to the team of Our World Tuesday, where you can see and read about many places on earth.
Posted by lotusleaf at 10:34 PM