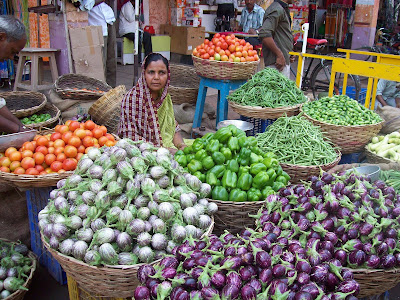 Another place I visited during the long weekend was Bijapur, famous for its fruits and vegetables. The picture above shows Fatima Bi, a vegetable vendor in the bazaar. 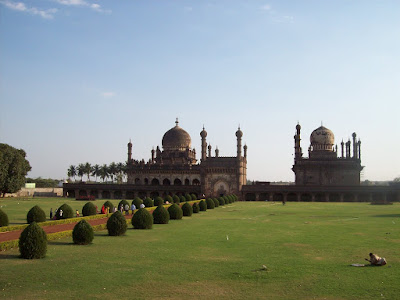 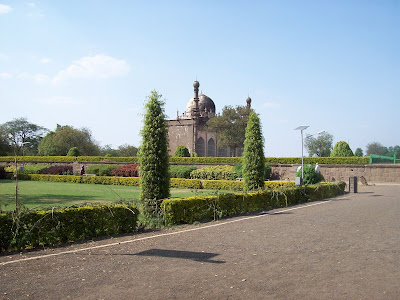 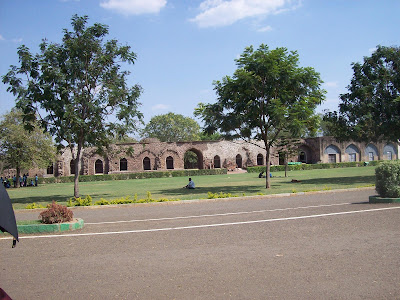 These were the stables for the fine arabian horses of the sultan. 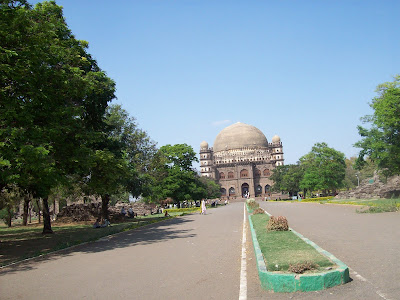 The Gol Gumbaz was built by Mohammad adil Shah in the 17th century. It has a huge pillarless dome, which is the second largest dome in the world, after the dome of St.Peter's Basilica in Rome. The graves of Ibrahim Adil Shah, his wife and his mistress Rambha are housed here.
The dome is 7 stories high, and has a gallery running along the base of the dome inside. If you whisper something in one corner, it can be heard clearly at the other end 110 feet away.
The Sultan had musicians playing in one end of the structure and the dancing girl Rambha danced etherially in the centre. According to a s popular story, One day, Rambha danced up the steps of the 7 story pillar and stood at the base of the dome. The Sultan whispered to her, "Do you love me?" She said yes, and the Sutan asked her, "Do you love me well enough to sacrifice your life for me?" Rambha said yes and jumped to death from the top. The disconsolate Sultan then built the gallery so that no one should fall again from there.

Posted by lotusleaf at 5:51 AM