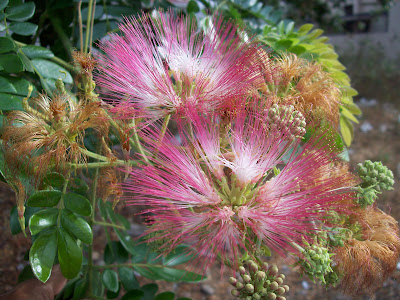 The Raintree, Albizia saman, is in full bloom everywhere. It is also called the Monkey Pod tree because its pods are favourite snacks for monkeys, and also called Saman. 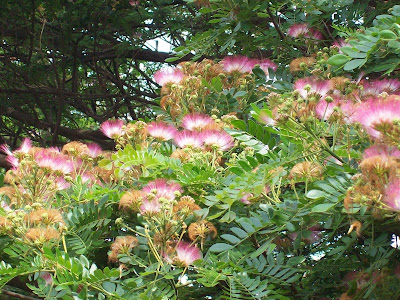 The Albizia was named after the 17 th century Italian nobleman Filippo del Albizzi. The Siris tree, which is a native of India , also belongs to the same family. The Saman is a native of South America. 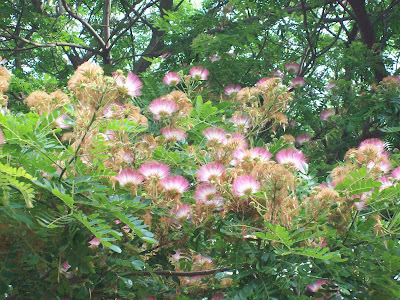 This is called the Rain Tree because it can predict rain. Its leaves fold when rain is expected! Unfortunately for us, it has not predicted rain in more than two months. The great naturalist Alexander von Humboldt saw a giant Saman tree in Venezuela in 1799, which was already 200 years old. The tree still stands, and is the national treasure of Venezuela. There is an 80 year old Raintree in my ancestral house in Mysore. 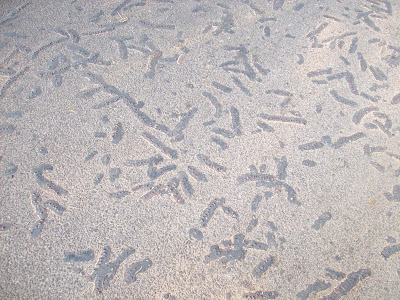 The pods fell onto the road in the heat of summer when the tar had melted, and made a design .

Posted by lotusleaf at 6:19 AM