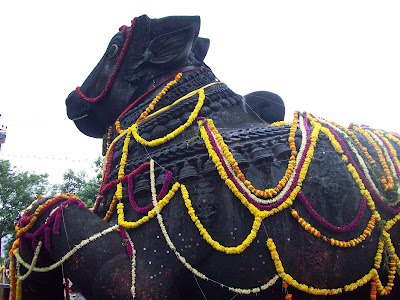 Nandi bull, the mount of Shiva, is considered to be the protector of all wild life by the Hindus. The 1000 year old stone Nandi bull on Chamundi Hill was decorated with flowers for the festival on Sunday. The crowds had obviously frightened away the wildlife on the hill, so that all the wild life we saw were some millipedes. 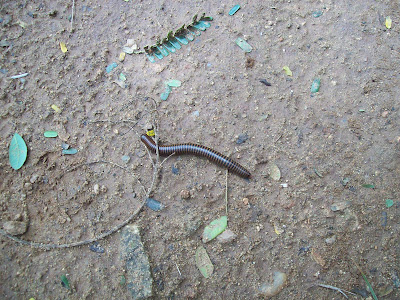 The millipede has two pairs of legs per segment. 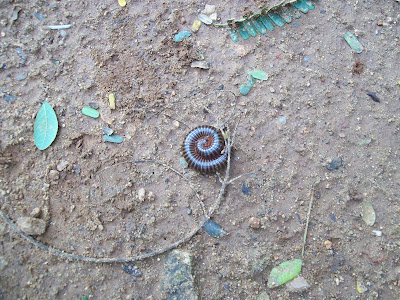 When it is touched, it curls itself into a spiral, to protect its belly. 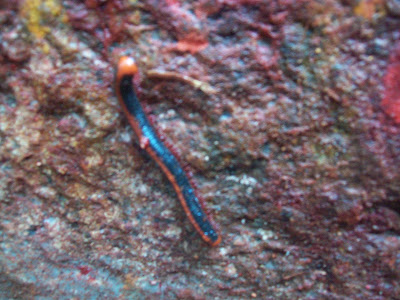 This was another crawling creature, which I think is a millipede. It had blue markings on its back and a sack-like thing on its back. 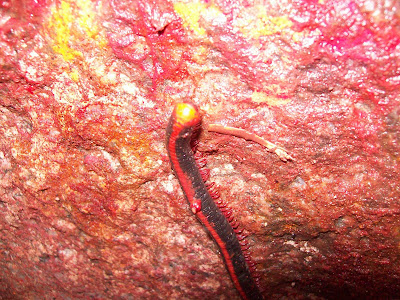 There was another similar creature, which was red. I found this on a step on which turmeric and vermillion were smeared. My friend says that this creature has turned red for camouflage, but I think the turmeric powder through which it had crawled might have turned it red.
We did not see any leopards or wild cats which live in the jungles on the hill.

Posted by lotusleaf at 6:15 AM